Health Care Reform…What Is It??

The number one question that I am asked on the new health care reform is, “What Is It?”  It depends on whom you ask; being those that are in favor of the law or those that oppose it, the answers will be very different.

So what do we call it?  The official name is The Patient Protection Affordable Care Act or PPACA.  The other names that it is referred to are; Obamacare, Affordable Care Act (ACA), and Health Care Reform.  To keep it simple, I will refer to it as ACA.

What is the intent of the ACA?  To provide affordable healthcare to the 30 million who are uninsured. The easiest way for me to explain both sides of what it is and what it does, is to list them out by those that are in favor of the law and those that oppose it.

Those that are in favor will say:

Those that oppose will say:

Arguments of those that are in support of ACA, say;

A proponent for the law Helen Darling, president and chief executive officer of the National Business Group on Health, said in a statement.  “One of the strongest arguments for the Affordable Care Act has been that there are a number of people who historically have had little or no opportunities to buy affordable coverage.  The exchanges specifically change that outlook and enable functional marketplaces all around the country in a way that we have never had. So it is not surprising that employers would see the exchanges as solutions for some groups.”

Twenty other countries around the world have universal healthcare: Canada, most Western European countries like Sweden, Britain, Belgium, France, the Netherlands, Germany, and many others. Even countries farther afield like South Korea cover all of their citizens under a healthcare umbrella. In these countries, access to healthcare is better. The whole process runs smoother. And their life expectancy is higher. The average person in Sweden spends less than half of what an American spends in healthcare per year. And the Swedes are very happy with their system. This is not the exception but the rule. Americans spend more than most other countries. Two decades ago Switzerland had a system much like America’s but it adopted one much like all other European countries have.

Decisions about our health care are too personal and important to be left to insurance companies. The Affordable Care Act, dubbed Obamacare, is putting all of us back in the driver’s seat when it comes to our own health care. While full implementation of reform is being phased in over several years, health care reform has already helped hundreds of thousands of Coloradans access the health care they need.

Arguments of those that are oppossed of ACA, say;

THE NEW HEALTH LAW: BAD FOR DOCTORS, AWFUL FOR PATIENTS

Health care is currently one of the most regulated industries in the country. Doctors already devote a significant amount of their day to detailed documentation, paperwork, and signatures. This takes away from potential time doctors can spend at the bedside with their patients. These requirements are likely to increase under the health overhaul law. New regulations will place unaccountable bureaucrats in Washington, D.C., between physicians and patients and grant these regulators unprecedented control over medical decisions. While this will no doubt be frustrating for doctors, it will be the patient facing limited access and choice.

According to Ms. Harned, the individual mandate imposes an extraordinary and unprecedented duty on Americans to enter into costly private health insurance contracts. She described the mandate requiring American citizens to purchase health insurance to help subsidize other members of society as an unconstitutional threat to liberty.

Recently, some of those that originally supported the bill are changing their mind as they are experiencing some un-intended consequences.

AFL-CIO steps up criticism of PPACA

The strongly worded resolution says PPACA will drive up the costs of union-sponsored health plans to the point that workers and employers are forced to abandon them. Labor unions still support the law’s overall goals of reducing health costs and bringing coverage to all Americans, the resolution says, but adds that the law is being implemented in a way that is “highly disruptive” to union health care plans.

Some individual unions have complained about the law’s impact for months. The resolution marks the first time the nation’s largest labor federation has gone on record embracing that view. Unions were among the most enthusiastic backers of the law when it passed in 2010.

A labor official told The Associated Press that White House officials had been calling labor leaders for days to urge them not to voice their concerns in the form of a resolution. The official, who wasn’t authorized to discuss the conversations publicly and requested anonymity, said many union leaders insisted that they wanted to highlight their concerns.

So, what is it?  I believe it depends on your beliefs.  The truth is that it is so massive and incredibly difficult to understand, no one knows the true consequences of the implementation and regulation and the good or bad that it will cause.

In explaining the complexity of a law you can site some of the problems to be that is over 2,500 pages with over 20,000 pages of rules and regulations to date and overseen by the HHS, DOL, and the IRS.  It is written by attorneys in legalese citing many government codes.  Below is an example of the language that creates the confusion.

the term ‘parent’ includes an individual treated as a caretaker

relative for purposes of carrying out section 1931.’’.

(iii) by inserting after clause (xiv) the following:

as added by subsection (a)(4)(B), is amended by inserting

In writing this article, I have determined that answering the question of “What Is It” is like explaining the definition of Infinity to a young child.  It is just difficult to wrap our brains around the size and scope of what ACA addresses, changes, does, effects and ultimately “What It Is”.

I welcome any comments or questions, as I have been wondering how I would use the last three and half years of studying and acquiring the knowledge to be helpful to our clients. 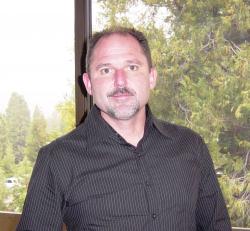